Like everyone else in the world, I’m rereading Margaret Atwood’s The Handmaid’s Tale, inspired by the release of the new Hulu series to rediscover something I first read, oh, about fifteen years ago, I think. I was not assigned to read this book in high school, unlike many people, but when you grow up Canadian, a little Atwood comes your way no matter what.

I’ve been thinking lately about being the “right” or “wrong” age to read a book. Maybe there are some books you don’t appreciate fully until something in your life makes you appreciate them. Whenever I tell people about this theory, I cite Wuthering Heights as my prime example. Love (well, respect) the Brontes, can’t stand that one. Sorry, Emily! I think I was too old when I read it, even though I was only 16. Of course, I haven’t read it since then. Maybe it’s really a book for a 30-year-old (a year and a half to go until I find out!).

Maybe there are some books you don’t fully appreciate until you are the “right” age, whatever that means. Or it’s a matter of having had enough life experience to appreciate a book. I still hope that someday I will be able to love Middlemarch the way I so desperately want to.

Then, there are books that you appreciate even more when the world around you appears to be falling apart. That’s The Handmaid’s Tale. Written in 1985, the book feels ever more relevant in Trump’s America, which people point out so often that this observation already feels tired. I get it. This is great marketing for the TV show because it feels like the planet is in a collective free-fall, and we might as well watch a show about it. 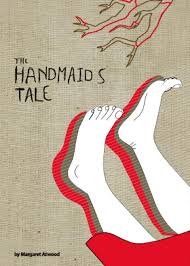 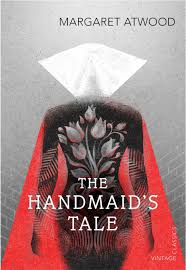 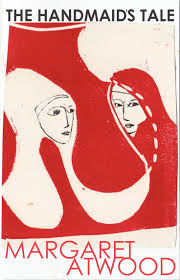 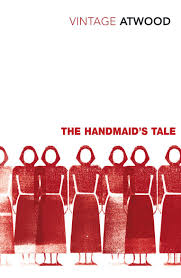 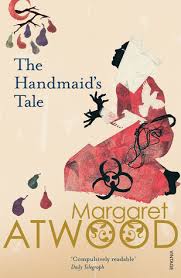 As Atwood has famously said, she made a choice to base everything in the novel on things that had already happened in history. The Handmaid’s Tale isn’t a dystopian future as much as it is a funhouse mirror held up to our messy present, showing us all the ways that things could turn bad with just a stretch here or a distortion there. That’s what sets Atwood’s Gilead apart from its fictional counterparts like Oceania and Panem. Gilead is just recognizable enough to be truly terrifying.

When I first read this book, I didn’t quite grasp this. As a know-it-all teenager, I too thought, just like Offred in the before, that this could never happen. The gap between the time before and where we are when Offred begins her narration, this place where women are assigned roles based on fertility and there are public executions and forced sex, felt too large. But, as Offred observes, “Nothing changes instantaneously: in a gradually heating bathtub you’d be boiled to death before you knew it.” That gap isn’t large at all. We live in a world where rapists go free, where Indigenous women go missing or are murdered while the government does nothing, where a man can brag about grabbing women’s body parts and still be elected President. A world where women still make 72 cents on the dollar, and women of colour make even less. We’re already in the bathtub. Reading this book again, right now, is a frightening experience that makes me think about all the signs we’re missing, here on our path to our own dystopia. And so, as so many other people have discovered, this is the perfect time to read The Handmaid’s Tale.

I recently finished another book about the future and about how we create it for ourselves, Elan Mastai’s All Our Wrong Todays. There are three possible futures for the main character, Tom, who goes back in time and ends up catapulted out of his world and into another: there’s the technocratic utopia that resembles 1950s and 60s futurism, where everyone is happy but Tom has never quite fit in; there’s our version of 2016, full of pollution and disease, where Tom finds a better version of his family and the woman of his dreams; and there’s a third future, a dystopia, that Tom only glimpses through flashes of another version of himself but which includes radiation and endless global conflict.

All along, Tom thinks that the only choice is between the technocratic utopia of his world and the disappointing mess of our real world, but it turns out there’s an even more horrible future that only he can prevent. It makes me wonder. Are we indeed living in the darkest timeline, or is an even darker one still possible?

Things can always get worse. Time to get out of the bathtub.

One thought on “Reading the future: The Handmaid’s Tale and All Our Wrong Todays”